First there was the Active (purchased to carry out the works in the Reggia di Venaria Reale), which in 2001 boasted a stroke in Z of 600 and the possibility of working on 2 benches with a length of almost 10 meters.

Later came the Blade with Z 1000 stroke which was the true 5 axis capable of carrying out large complex works such as for example an important work on shaped capitals in white marble for the mosque in Saudi Arabia.

The compact and precise Intermeac 33 for kitchen tops and construction in general.

Then 4 CNC milling machines from the GMM company arrived:

La Zeda, our flagship with Z 1600 and the possibility of working pieces up to 10 meters.

The small Extra which is the most versatile for furnishing work.

And finally the Egil which boasts the automatic unloading of the pieces through an automatic system of suction cups.

Then it was the Vault of the Blade, modified, lengthened and raised to make even larger and more precise pieces (Z1000). The latest addition is the Litox which exploits the potential of both cutting cutters and machining centers and takes advantage of the brand new automatic handling system for the plates. 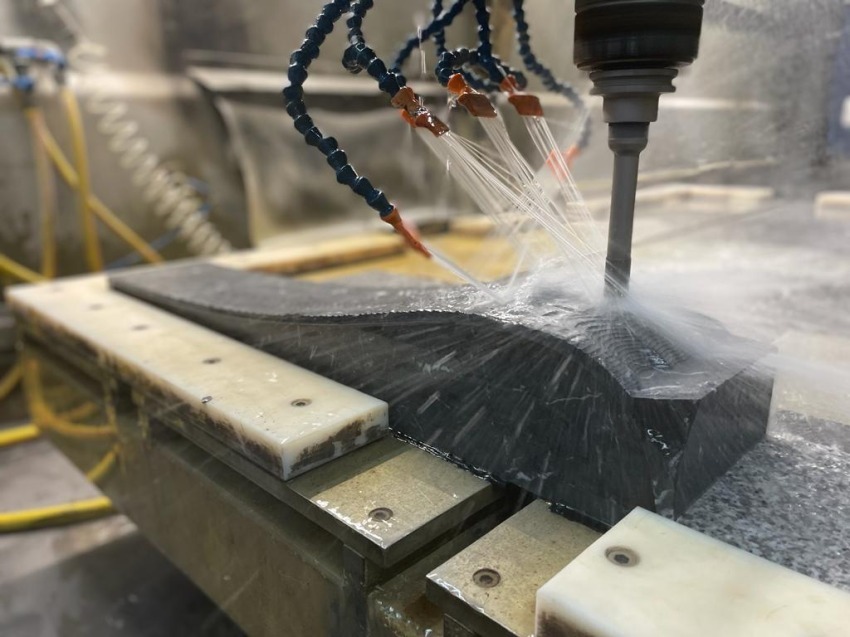 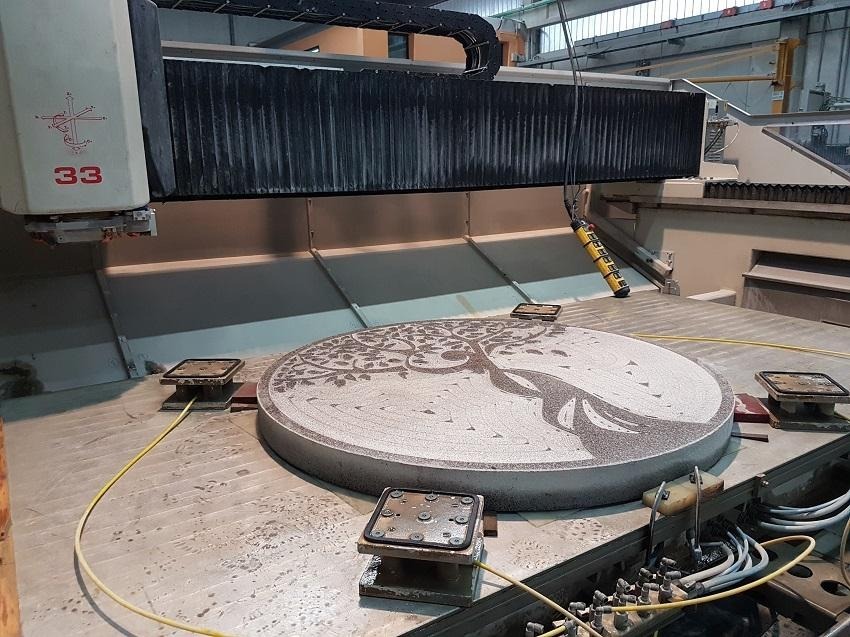 Zeda is our flagship with Z 1600 and the possibility of working pieces up to 10 meters. 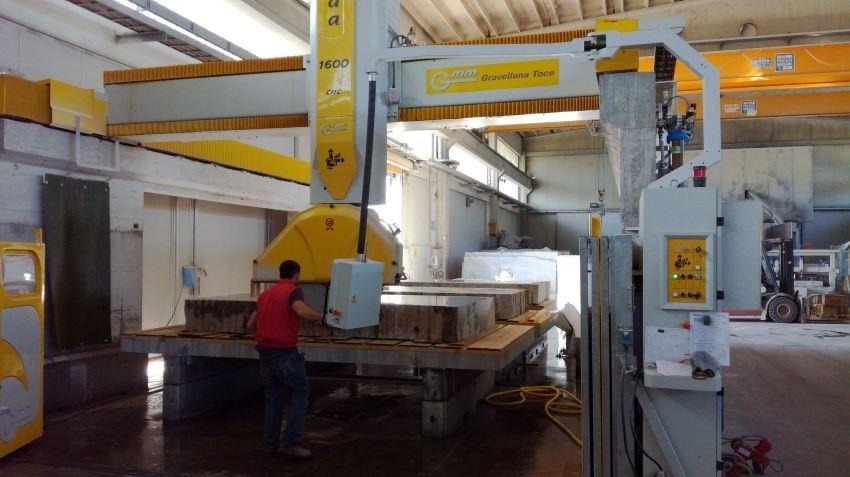 Do you want more information about our services?